What can solar surface convection teach us about turbulent dynamics and transport in astrophysical fluids ? 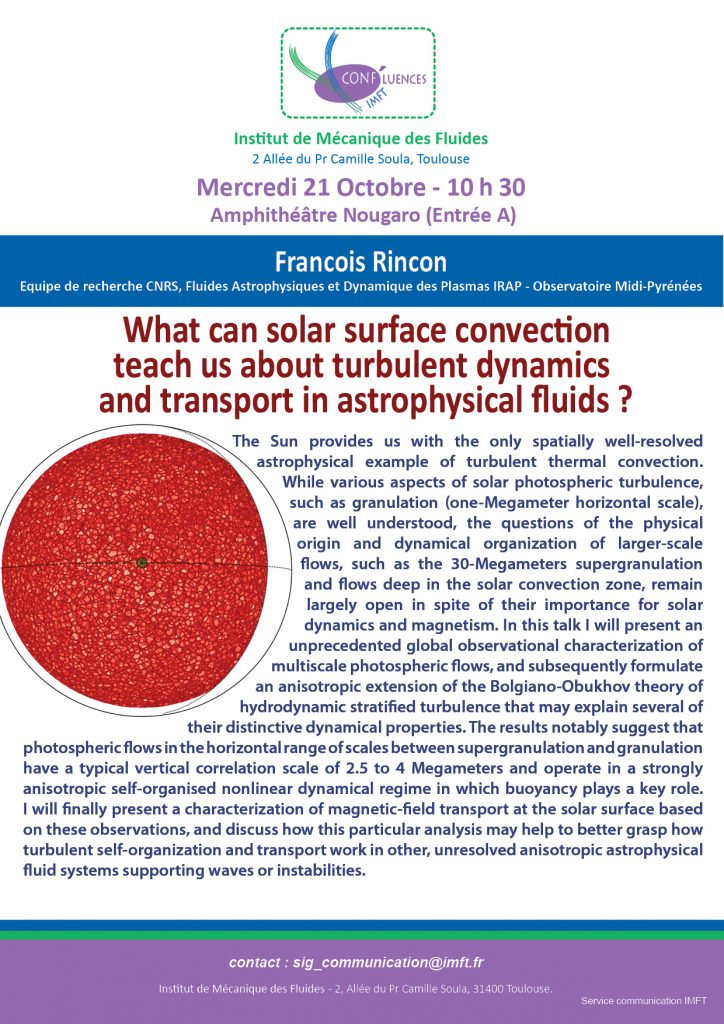 abstract : The Sun provides us with the only spatially well-resolved astrophysical example of turbulent thermal convection. While various aspects of solar photospheric turbulence, such as granulation (one-Megameter horizontal scale), are well understood, the questions of the physical origin and dynamical organization of larger-scale flows, such as the 30-Megameters supergranulation and flows deep in the solar convection zone, remain largely open in spite of their importance for solar dynamics and magnetism. In this talk I will present an unprecedented global observational characterization of multiscale photospheric flows, and subsequently formulate an anisotropic extension of the Bolgiano-Obukhov theory of hydrodynamic stratified turbulence that may explain several of their distinctive dynamical properties. The results notably suggest that photospheric flows in the horizontal range of scales between supergranulation and granulation have a typical vertical correlation scale of 2.5 to 4 Megameters and operate in a strongly anisotropic self-organised nonlinear dynamical regime in which buoyancy plays a key role. I will finally present a characterization of magnetic-field transport at the solar surface based on these observations, and discuss how this particular analysis may help to better grasp how turbulent self-organization and transport work in other, unresolved anisotropic astrophysical fluid systems supporting waves or instabilities.