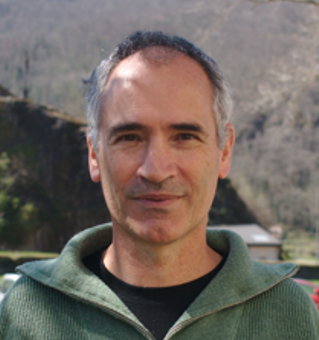 I am a Senior Researcher at CNRS (the French National Center for Scientific Research), working at the Fluid Mechanics Institute of Toulouse (IMFT).

My research focuses on several fundamental aspects of hydrodynamics and turbulence in two-phase flows and inhomogeneous fluids, mostly studied by means of computational and theoretical approaches.I also closely collaborate with experimentalists and occasionally directly supervise simple experiments myself.

I have been especially involved in two main areas :

• the dynamics of particles, drops and bubbles, most notably– the determination of forces acting on these bodies when they move in non-uniform or time-dependent flows ;– their hydrodynamic interactions with similar neighboring entities or walls ;– the motion and possible trapping of bubbles and particles in vortical structures and the way a collection of these bodies alters vortices or generates specific flow patterns ;– how phase change or contamination by surfactants modifies the dynamics of rising bubbles and spreading drops ;– the topological changes that may be experienced by large rising bubbles or by drops spreading on a liquid surface in the presence of Marangoni effect ;– the path instability of bubbles and rigid bodies freely moving under the effect of gravity or buoyancy ;– the dynamics of bubbles and particles crossing a sharp interface separating immiscible liquids ;– the flow structure about rigid particles settling in a density-stratified fluid and their specific dynamics.

• the structure, energy transfer across scales, and mixing properties of non-standard inhomogeneous turbulence, especially– spectral transfers and boundary-layer structure in free-surface turbulence ;– high-Schmidt-number mass transfer across walls and free surfaces ;– the structure of turbulence beneath surface waves ;– the physics of gravitationally-induced turbulence in open and confined geometries ;– wall and end effects in high-Reynolds-number gravity currents.

To study these phenomena, I use and sometimes develop a variety of techniques. Some of them are analytical, including perturbation approaches or vector field decomposition, others are computational. In particular, I developed, first by myself, then with successive generations of students and colleagues, the in-house computational JADIM code which solves the Navier-Stokes equations, possibly coupled with the transport of a passive or active scalar such as temperature, density or surfactant concentration. This code includes boundary-fitted as well as fixed-grid approaches, allowing an accurate capture of interfacial phenomena ; it is suitable for performing direct numerical simulations of two- and three-phase flows, possibly with rigid moving bodies and interfacial topological changes, from low-Reynolds-number to fully turbulent regimes.

Thanks to these various tools, I try with my students and colleagues to disentangle and dissect the physical mechanisms at play in the above types of flow. This frequently yields predictions in the form of generic laws which are then used by the relevant community to understand, predict and sometimes optimize the properties of complex flows of engineering or geophysical relevance.